Grasslands is a smart-casual, striving towards upscale, vegan restaurant situated near Queen and Bathurst. The décor is chic, and the targeted clientèle is of course Queen Street’s hip/yuppie crowd. The restaurant has been on my to-eat list for quite some time now, so when a friend suggested we go there for dinner, I was quick to agree.

There’s no large sign telling you that you’re entering Grasslands (at least not one that I could spot), instead you’re greeted by a large window decal of the Grasslands logo, something conspicuously similar to Simba from Disney’s The Lion King.

Immediately upon entering, I was welcomed by the friendly restaurant staff, my server offered to take my coat (a courtesy I’ve noticed is rare in Toronto restaurants when compared to those in Europe) to hang on a nearby rack as I sat and greeted my friends. L & R had viewed an art exhibit earlier in the day, and it had certainly left enough of an impression for them to have their phones ready with photos to show me as I sat down. Our server, Kat, introduced herself, while telling us about the Soup of the Day.

The service is certainly the best thing Grasslands has going for it – not only are the servers attentive and pleasant, but they seem to genuinely want you to enjoy your experience there.

Unfortunately, that’s where ‘the good’ ends, and that bums me out a little bit because I really wanted to like Grasslands. I haven’t yet found that perfect vegetarian or vegan spot here that I can go to whenever the mood calls. When I lived in England, there was the wonderfully incredibly fantastically delicious Mildreds (if you’re ever in London, go there!); in Paris there was the Au Grain de Folie, a hole-in-the-wall with lovely wholesome food and a warm atmosphere. I was hoping that Grasslands could be my spot here in Toronto. Sadly, it won’t. The search continues…

(If you know of a really great vegetarian spot, let me know!)

I ordered the Fettuccine ($17) and Pomegranate Soda ($5) while my friends ordered the Rigatoni ($17), and the Chickpea & Avocado Salad with Added “Grilled Chicken” (by far the best presented of the three; $12.50). None of us were interested in trying dessert afterwards, we unanimously agreed that the restaurant was not worth a revisit. Here’s why:

And lastly, and this is completely a pet peeve of mine, the restaurant doesn’t accept American Express. I love racking up my AMEX points, and I hope to be able to do so whenever I go into any upscale(ish) eatery. 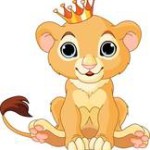 As I write this post, I’m taking solace in the fact that Winterlicious starts soon. I have two (La Societe and Cafe Boulud) of my favourite restaurants to look forward to, and one (Auberge du Pommier) that’s been on my list of places to eat since I moved here a year ago. Onwards to deliciousness!

(Note: Following my visit, I posted a photo on Instagram and Twitter commenting that I was disappointed with the quality of the restaurant. The Grasslands management contacted me, apologised, and have very kindly offered me a coupon to go again. Should I decide to revisit the restaurant, I’ll post an updated review.)